Holland has for many decades been a respected and well-performing football nation. Especially the national team, nicknamed ”Oranje” (Orange), has continuously belonged to the world’s top countries from the early 1970s onwards. Therefore, it is quite a trauma for the Dutchmen that their country has never managed to win the World Cup, despite having reached the final three times.

Although in general Dutch people are not particularly overt in their patriotism, entire streets are being turned into orange every two years as soon as the World Cup or European Championship is approaching. During this sudden phenomenon, often referred to as the ”Orange fever”, lots of people, both professional artists and hobbyists, come up with new songs. At the same time, there are two ”classics” in particular that seem to never lose their popularity. One of them, written in 1950 by an employee of a public broadcasting organisation, goes as follows:

The second and fourth sentences may, literally translated, look rather confusing. More freely translated, they respectively mean something like ”Don’t make the lion look foolish” and ”Release the animal”. The ”Dutch lion” is the national heraldic symbol, and the logo of the Royal Dutch Football Association is a lion as well.
The other song dates from 1988, the year that Holland managed to win its one and only title in the European Championship. Andre Hazes, singer and folk hero, sings his lyrics to the tune of the well-known Scottish song ”Auld Lang Syne”, written by Robert Burns. The Dutch chant is called ”We love Orange”. It is indeed rather patriotic, which is exemplified already by its first verse and chorus1:

Together we are strong
Unity makes powerful
How a small country
can be big
Isn’t that wonderful?

Netherlands, o, Netherlands
You are a champion
We love Orange
For its actions and its doing 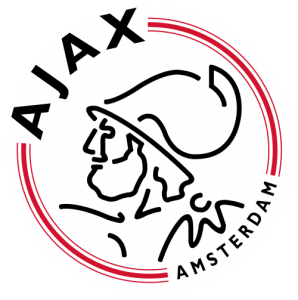 Even though the Dutch club football does not belong to the top of the world anymore, the Dutch League (Eredivisie) still attracts high numbers of spectators every weekend. With an average attendance of 20.000, it is the 6th most visited league in Europe. While the supporters of the national team usually do not make that much noise within the stadium, the fanatic supporter groups of clubs, often calling themselves ”Ultras”, usually are a lot louder.

Unlike their Italian counterparts, the fanatic groups in Holland are generally not driven or influenced by extremist political ideologies. There is one issue however that is inextricably linked to the Dutch supporter culture, something that has been a long-lasting source of irritation among many people. This has to do with the Jewish identity of the nation’s biggest club, AFC Ajax. Even though Ajax officially has never been a Jewish club, pre-WW2 Amsterdam used to be a city with a lot of Jewish inhabitants. For that reason rivalry teams started to call the Ajax supporters ”Jews”, especially from the early 1970s onwards. The reaction from the Ajax fans was to embrace this nickname. This has resulted in the peculiar occurrence that non-Jewish boys have been singing Hebrew folk songs as ”Hava Nagila” for decades at stands all over Europe. Other examples are regular Ajax chants such as ”Ajax Joden Super Joden” (Ajax Jews Super Jews) or ”En wie niet sprint die is geen jood” (Who doesn’t jump is not a Jew), on the tune of ”Speedy Gonzalez” by Pat Boone.

While this perhaps does not make a lot of sense, the anti-Ajax songs, which sometimes openly refer to the Holocaust, are truly disgusting. It is often being stressed by supporters from both sides that one should not take the offenses too seriously, and that the people who sing them are not anti-Semitic, but just want to provoke the Ajax supporters. Still, however, it logically forms a recurring topic of debate.

Regional rivalries and identities
Rather than politically motivated, most rivalries within Dutch football are based on territorial and regional identities. Since Holland is a densely populated country, it inevitably has many sensitive local derbies. One of the most interesting ones takes place in the northern province of Friesland, which generally has a strong identity of its own. They have a well-known flag, a separate language, and traditional cultural habits. This is exemplified by SC Heerenveen, a team from a small town which attracts supporters from pretty much everywhere in Friesland. There is, however, one exception, which is the capital of the province: Leeuwarden. People from Leeuwarden often tend to support their own team, Cambuur, which basically makes this rivalry one of ”city versus countryside”.

While SC Heerenveen is playing the Frisian anthem prior to every home game, Cambuur Leeuwarden supporters refuse to be part of anything that belongs to this Frisian identity. It was a remarkable sight during this year’s derby: while the Heerenveen supporters were singing the anthem out loud, the away section with Cambuur fans showed dozens of Dutch flags, and at the same time either whistling or showing their middle fingers.

Most football fans basically have three options: they support their local club, they support one of the big and most successful clubs of their country or they watch football in a rather neutral way. Logically, there is often a strong connection between the identity of the club and its geographical context. Interesting in this sense is to reflect upon Holland’s two most popular teams, Ajax and Feyenoord, and to what extent their supporters sing about ‘their’ city. It can be stated here that the life of the Ajax supporter is a lot easier: Amsterdam is the well-preserved historical capital city of the country, which always brought a lot of folk singers expressing their love for the city. Examples are Johnny Jordaan, Harry Slinger, Koos Alberts, and Danny de Munk. Last but not least, the earlier mentioned national hero Andre Hazes is an Amsterdammer, so his songs are also adopted by the fans as if they specifically belong to Ajax, even though Hazes was not particularly a big Ajax fan himself.

Rotterdam, second biggest city of the Netherlands, has a different background. It was heavily bombed by the Luftwaffe during the Second World War, after which it had to build an entire new city centre. For that reason, Rotterdam is often associated with its port, and its no-nonsense mentality, rather than with its beauty. Therefore the city is generally less beloved, and has inspired less singers, compared to its bigger brother in the north. Supporters of Feyenoord are thus often more attracted by the club’s working-class image than by the aesthetics of the city in which the club is located. The Feyenoord fans are moreover often referred to as ”Het Legioen” (The Legion). In their songs, they also stress this sense of ”unity” and ”loyalty”.

The Ajax fans can thus draw from a rich assortment, and hence do not necessarily need to be that creative. Still however, apart from adapting already existing songs about Amsterdam, the Ajax supporters do create their own chants about their city as well. For the melody, they often use either existing pop songs, for instance ”Pretty Fly” by The Offspring, or they get inspired by foreign football fans from countries like Argentina, Greece or Italy. One example of the latter is a song called ”Ajax uit Mokum2”, for which they used the tune of the chant ”Sos Cagon”, sung by the supporters of the Argentinian club River Plate. Since the emergence of Youtube, it seems like the Dutch supporter culture is being increasingly exposed to global influences. The lyrics of the Ajax chant, in which they attempt to glorify the ”rough” character of Amsterdam, go like this:

Ajax from Mokum
Pride of the Jews
Brave Warriors
From Dam- to Leidse [Square]
A hot prostitute
You can screw for money
Sniffing [cocaine] and smoking [cannabis]
Also possible on de Wallen!3

The Ajax supporters are evidently proud of the liberal-minded and tolerant identity Amsterdam has maintained for years. An interesting observation is however that while the inner city of Amsterdam is slowly but surely getting more and more elitist due to neoliberal urban transformation processes, many supporters tend to stick to a rougher image of the city which they mainly know through stories from the 1980s.

In spite of all the new influences in the digital and global context of today’s world, a number of professional Dutch football clubs still have very traditional anthems which are played before every kick-off. The perhaps most beautiful one we find in Rotterdam if we look at the oldest professional club in Holland: Sparta Rotterdam (founded in 1888). Their anthem, ”The Sparta-marsch”, dates from the 1930s. In the lyrics of this song we find a clear example of how ”traditional” poetry still occupies an important place in the world of Dutch football.

Jorn Koelemaij is a Dutch football fan and a graduate in Urban Geography at the University of Amsterdam.

1. The English text is a literal translation of the Dutch lyrics
2. ‘Mokum’ is the Hebrew/Yiddish nickname for Amsterdam which is often still used by the Ajax supporters.
3. ‘De Wallen’ is the name of the neighbourhood in which the ‘Red Light District’ is situated. 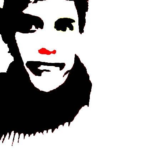 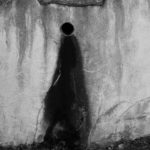 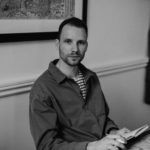